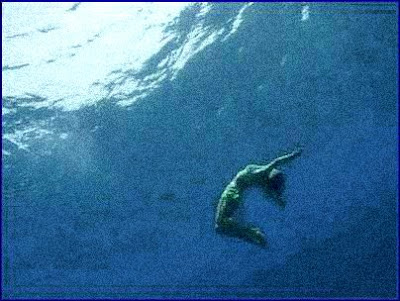 Floating in a State of
Take a long deep breath. Aaaaahhhhh!
Good.
Once again… letting go of all the stress and anxiety of the job, the shopping malls and road rages.
And now a third time… allowing for all demands and expectations upon you to melt away. Aaaaaahhhhhh!


Dissolve Now into a Liquid Bliss… Let go
and float freely into this boundless ocean of existence.
A good part of living has to do with gaining a level of appreciation for the subtle realms around us and allowing a measure of trust that the Universe is playing fair with us while we become centered within our heart with a knowing and core belief that we are all part of the One.
All of us, part of the One.

As ‘Lightworkers’ on our Spiritual Path we have learned to trust and focus our inner desire and intent to reach for a higher state of consciousness – a more refined version of who we are. One that more fully appreciates the gifts and miracles that surrounds us all the time. We’ve managed to cut whatever attachments we’ve had to outcomes and remove all expectations from our field of vision to enable a maximized opportunity to live in and be a complete part of, this Eternal Now. 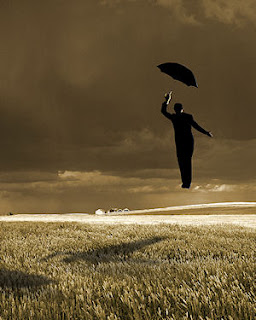 Conscious existence becomes like walking a tightrope all the time, but without the anxiety of falling into the abyss, rather, with full anticipation of embracing its magnificence.

Each instant unfolds as a miracle, full of meaning and gilded with the beauty of its own uniqueness. We are blessed in this state of grace and given such an opportunity for the asking, because we have given ourselves over to the service of Spirit, which in turn is here to serve us.Each in our own way we’ve become practitioners of various art forms for self expression. Not from some egotistic urge but from a genuine desire to help make this a better place. We have each experienced, in one form or another, the ancient high art of holding open our hearts with forgiveness as well as gratitude that in turn liquefies any judgments that would otherwise lead to a closed bias. Some of us have even traversed those wondrous territories that lay beyond…

And when we are successful at navigating our way through such regions we often report the most profound occurrences – the real miracles of our lives. You know those moments when there is a heightened state of awareness and ecstasy that radiates from the core of our being, where we are at once the embodiment of Love and the essence of pure Joy and Bliss. When we release and allow ourselves to drift into a sacred space of surrender, that’s when the Divine aspect of All That Is emerges and reveals itself to us. Such events remain the most profound and personal experiences that we might ever have.

It is from this place of liquidity we may merge with one another and float is this ocean of oneness, just drifting together with no effort, without any need to know because we know beyond all knowing through our faith in a greater good that is always here, no matter how dire the circumstances. And we believe on a soul level that this Grace is the ultimate potential of Love between all things. The very substance that binds this universe together. The very reason all our relationships are born and nurtured to whatever outcome.

It Is the Reason Why We Are Here!
Posted by Douglas Dolphinus at 10:53 AM No comments:

End Times are Upon Us 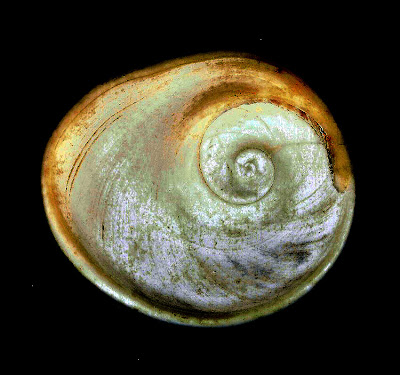 All the signs and symbols lead us to the same conclusions:

Our Time is UP!
Judgement Day has Arrived!
Death is Stalking Us!

Y2K was simply a dry run it seems. Remember? It looked exactly like the actual scenarios of the mythic prophecies were all unfolding at once with Nostradamus pitching to Casey at the bat with Revelations on deck. Many of us thought that the end was going to be like, The Day the Earth Stood Still, where all technology was obliterated by some Alien force along with a sizable chunk of the population and then leaving us alone to get our act together. Those survivors capable of self sustenance are left to fend for themselves; many, most likely turning the world into Mad Max meets Lord of the Flies. An imploded society doomed to regress back into some primordial man eats man existence. You know, it’s like, Planet of the Apes all over again. Some legends even say it’s all happened at least four times before when former great civilizations had crashed and burned, leaving no trace. Maybe its like what Carlin once joked, humans will be “shaken off the Earth like flees from a dog.”

But wait a minute you say. This time it will be different. Ya think?

Let’s say a New Earth is arising out of the ashes of the ruins of the fallen towers. That a new vibrational frequency is allowing us to transcend those foreseen disaster movie scenarios and open us to the true Golden Age of Enlightenment we’ve all glimpsed as our destiny. Where we’ll be able to easily dissolve our veils of guilt, shame, lust, greed and all those other deadly sins which keep us separated from being in our full Honest to Gosh, Truth – our Integral and Sovereign Self.

However, only the Courageous, the pure of Heart and Mind, and the Initiates may cross these gates according to the Sacred Lions.

Let’s assume we are an integral part of this great cosmos, connected to the center of our galaxy like the spoke of a cosmic wheel and are just now phasing into a specific alignment for the first time in twelve and a half millennia. And further, that in this juncture in time/space, these new light frequencies accelerate and expand consciousness allowing our rational minds to embrace new thresholds of infinity while our heart minds easily delve into the infinitesimal meta-cosmos that extends experiential awareness out to infinity in all directions from a center point. And the two now may merge into an alchemical third aspect of the one evolved from the two. Where polarity is an observation instead of an obstruction and human perspective extends beyond a mere 3D material reality.

This then yields a synergy and perspective that transcends even the 5th Dimension and ejaculates into a Multiverse of potential realities all pulsing like orgasmic spermatozoa from the Big Bang. Yes, the sexual metaphor is appropriate here, because the verve emanating from our base chakras is the same desire which fuels our passion to become more of who we are. To know more and to Go Where No Man Has Gone Before. But, we know now that the Time of Man is over. So, what are we left with?