Ripples in the Field of Consciousness 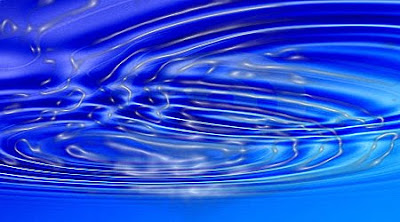 It’s been described as a kind of Field of Consciousness that weaves through all essence of being. Of course I personally contend that its fluid state is more natural to us as physical beings. That it can be spoken of and written about so openly without prejudice in modern society marks a new level of awakening in the world today, in my opinion. Perhaps you also perceive this sense of awareness that slowly distills itself from our collective consommé of seven billion souls - each struggling for some degree of self awareness. This conscious batch of molecules appears now to be rising to a boiling point of perturbation by my reckoning. We are moving beyond the limited constructs of societal programming that by their very nature inevitably lead only to entanglement. Things are really getting interesting as we let go of the mess. Don’t you think?

There are many percolating signs of the time for anyone who chooses to look in the media. Certainly one of the most obvious is box office champ, Avatar, the wonderfully engineered cinematic spectacle designed to simulate a full-fledged Amazonian Shamanic Ayahuasca Journey of Enlightenment Trip to hundreds of millions of viewers globally. This film injects a specific cultural programming on a global scale, unlike anything that’s come before; it’s intensely powerful and virally infectious as a meme generator. Suddenly, the mythic notion of a more sinuous way of coexistence is portrayed to the mainstream cultures instantly on a planetary scale - transcribed as a universal language of light and sound. This wave of exalted energy sweeping the world is but one observable ripple of change, albeit a dynamic one, in this second decade of the third millennium of temporal awareness.

At the other end of the human spectrum we have another dynamic wave of change affecting the collective emotion with a seismic jolt: the tragedy on Haiti. This extreme frequency modulation further demonstrates the sheer power of the much heralded Earth Changes that are upon us. Consensus Reality is shifting before our eyes and appears to be headed towards some concrescence of inevitability hurling faster and faster at what McKenna called the “transcendental object at the end of time.” Is it the runaway train as he presupposed? Is it the Eschaton? Nobody knows for sure he assured us. But something is happening here and perhaps you can only NOT know what it is.

That’s because the totality of it is unknowable as a human construct. It only hints of itself as a frame of reference outside the limits of any linear language to describe it. It dangles like an ornament of inexplicable beauty luring our attention. Whether it is some kind of object pulling us towards some event horizon, that’s where all the focus is shifting. We are as a culture in the middle of birthing all new operating codes - new belief systems, to accommodate another level of recognizable truth that goes beyond conventional wisdom. Explorers, psychonauts and cultural programmers are quickly developing new formatting standards for navigation in this wide open sea of awareness. Some early maps have been drawn and others are following blazed trails to higher frequency ranges as another plateau emerges within our integral and sovereign self. A new playing field emerges. It’s made of the stuff of dreams.

The first thing one sorts out in this evolving paradigm is how the so called, 3D world, is NOT the be all and end all we’d been lead to believe it is. Scientists, for example, have recently stated that our empirically provable knowledge as to the nature of the universe is only around 6%. That leaves a whopping 94% of the substance of existence indefinable by the current technologies supporting our paradigmatic thinking. I know, much of it is written off as dark matter that they would have us believe has little bearing on our existence. Sort of like all the junk DNA we are told serves no function in our physical body. Perhaps we are seeing a common thread here? We are groping around in ignorance! But from this pure darkness springs pure light if one could simply shift our gaze to an aesthetic perspective.

There is in fact this new level of enlightenment now available to those of us who’ve learned the art of releasing our ego (belief systems) into this metaphoric river of liberation that flows with a gentle force of gratitude towards an infinite sea. Floating free, those hard shackles of shame, guilt and consequence, easily dissolve as love and forgiveness from within becomes like natural buoyancy. This new level of ecstatic freedom inexorably becomes its own transforming agent.

It is with such a resolve in our hearts that we move that much closer to a profound truth that is at the core of our being. That subjective truth is our personal sense of a connectedness to the divine presence of All There Is; that inexplicable state of awareness that can best be described as a spiritual experience. Once we grasp it, even if for a microsecond on the galactic clock, we can anchor that sensation of centrality. But more importantly, we can greet each moment with a new level of balance and integrity. This in turn expands understanding of this dance of dualisms to an even finer degree and perspective.

I suppose such a keen perception might only exist in a state of sublime balance. It must surely also require a degree of discipline and devotion to develop a sensibility both outside of the self and at the same time is intrinsically a part of our very nature. This force may be the only way to describe the evolving phenomenon of our personal interaction with such a Field of Consciousness.

This is by no means new information, for the field has existed since the beginning and represents an aspect of awareness that permeates all the dimensional realms of existence. The realization of this is now available to a larger percentage of individuals than ever before. Technology has enabled us to construct multidimensional virtual realities as cogent models of how the phenomenon looks and feels and more and more of us are starting to ‘get it’; to dream awake.

Soon we might be able to say we even know 7% of the physical universe.
Posted by Douglas Dolphinus at 4:06 PM No comments: