The Mythos of the Human Soul

The Seventh Sense: Our Sovereign Identity 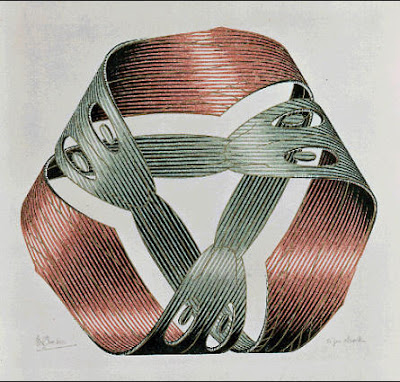 Once we understand that everything we perceive through our common 5 physical senses is then processed through our very own 6th Sense, we can begin to comprehend how each of us is then responsible for creating our own personal Mythos of the Human Soul, which is unique within our awareness and consciousness. This projected avatar becomes our Sovereign Identity: our Seventh Sense.

It is on this enhanced sensory level that our consciousness gathers the tools to construct a singular Etheric Body, as it were. Such a vessel then allows us to actively participate in the data stream of information that flows like a Mobius Strip of self-enfolding motion. It is literally a self-perpetuating energy machine that operates within both the dimensional and hyper dimensional levels that make up the Multiversal Self. This fluid intelligence is now emerging as a viable awareness being structured and supported by Quantum Communities of ethereally aware individuals in sufficient numbers to produce standing waves of frequency modulation.

There are certain guidelines to follow to create a meaningful affect upon the data stream of human consciousness. Certainly there must be mythos and drama to draw and hold attention. Attention, after all, is the fuel that drives the engines of Reality Manifestation.

Each soul’s expression can be compared to a fractal pattern of spiraling energy like the double helix of DNA. Each soul pattern is unique while it also resonates with all other patterns is ways specific to each relationship; some meshing with ease and comfort with positive charge and others in varying degrees towards the opposite correlation of negative charge and self-compatibility. This interrelationship model is the template by which the physical reality is made manifest. It is a self-replicating system of interacting elements of sensibility that ultimately define the nature of the world that we experience. No two patterns are the same and yet the overall patterning and fractal-like assemblages have a commonality in design and purpose. That purpose connects it inevitably to the Source of All That Is just as an umbilical chord ties a newborn to its mother. In this paradigm of Human Consciousness that connection may become invisible but can never be severed even as it transcends Space and Time.
Posted by Douglas Dolphinus at 2:25 PM No comments: 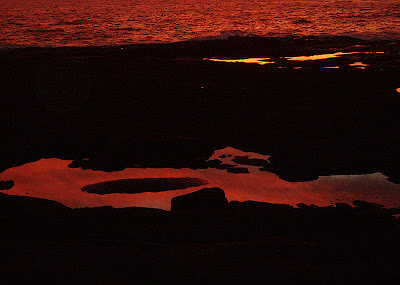 Perhaps insight is like an extended nocturnal lightening storm -- metaphorically flashing glimpses of an otherwise darkened landscape to those bravely observing those photonic blasts as a means of determining the lay of the land.

I suspect, though,
That insights will only be afforded those
Who've tuned their receptors and
Opened themselves up to
These magnetic waves of light.

We are, after all,
Only dense physical reflections
Of the Higher Realms of Spirit.
The best We may hope for on this plane
Is to catch a fleeting glimpse of
This Spiritual Hierarchy
In hopes of giving Us further assurance of
It's Authenticity.

Like the twinkling stars
That are washed away by the harsh sunlight,
These realms are blanched
By the influx of our physical senses,
Overwhelming our ability to see those regions clearly and
Fading from our frame of reference
Like a night dream fades from our waking consciousness.

Both are there -- even if only half seen. 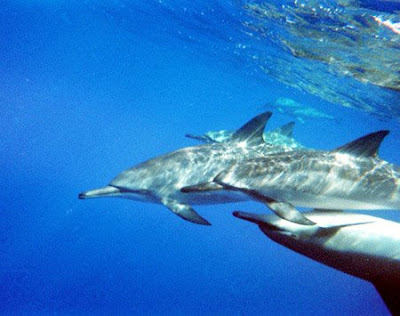 My comment on this so called new wave of information
from a personal perspective,
as pertaining to the Cetacean-Tantric-Stargates
and the reawakening awareness of: The Liquisphere

This is a fresh fluid awareness, that along with other sensory stimuli,
enlivens the prime resonating frequency patterns that
are currently reawakening within us all.
It’s a kind of self-described spheroid psychic 'Inner Net'.
It’s pulsing with a new tonal electromagnetic language comprised of :
telempathic-holographic-hydrosonic impulses.

These impulses are the same vibrational pattern factors that innately activate specific light codes within us. These codes are harmonically resonating with the core essence of our Galactic Ultrabodies, thus calling attention to our Starseeded Awareness.

Our “liquid” selves existing beyond time/space-space/time.

On this galactic stage, the audience participates in the outcome and description of the performance and contributes to the quality of the event by projecting intentions of potential outcomes upon and within the spheroid event horizon. Such an occurrence should be a time of rejoicing once the final curtain is raised. However, like all good dramas, there is mystery in the curtain itself and much speculation about what may be revealed behind it.

Once reserved as the sacred rites of only the high adepts and temple initiates, this hydrospherical awareness has now come to the attention of more conscious beings constituting the highest percentage of the gross populace resonating with a state of awareness than in the past twelve and a half millennia. This seasonally recurring event is like a spring flower that blooms every 12.5 thousand years; its blossom of consciousness is a rare beauty in any universe and certainly draws attention to itself from all dimensional planes of existence. Each of us, whether conscious of it or not, are contributing to this nexus point as witnesses to the phenomenon.

A window, or portal, is created as a byproduct of this pulse that enables our individual consciousness to access this particular realm of awareness, and unlike the nebulous veil that separates our waking thoughts from subconscious imaginings, this process offers a clear channel of communication with the existing psycho-mystical shamanic sphere of understanding. These are indeed, most special and interesting times.

Aren’t you glad you’ve tuned into it?

“Welcome to the Real World...”

First of all, it is important to realize that this wave pattern frequency of Light exists beyond measurable distinction, outside of what Science so ardently clings to as the notion of limitations and exactitudes to make their formulas work. We, therefore, have no singular vocabulary that describes this foam-like connectivity. This froth is more like an amorphous blob of ethereal energy that exists as resonating fields engaged by pulse points of consciousness like charges of electromagnetic lightening bolts firing upon different parts of itself.
In other words, this perceptual reality matrix can be thought of as a living, pulsing organism in and of itself just as the ancient concept of the Divine Goddess Gaia Herself represents. Although, without the superstitions or stigmas attached.

Secondly, we all interact within this seemingly formless net suspended in dynamic harmonic resonance with this field of energy that is the Life Essence of Existence. Some responses are discordant and strident while the majority remain melodious in nature for all but a few of us. As humans, “We’re all Players in the Band,” so to speak. Within this context and by example, the orchestration of this energy grid is symphonic in nature. That is to say a large array of instruments, that taken individually have only secondary meaning, but when added to the accompaniment of the rest of the orchestra, produce a “greater sound” of symphonic resonance.

It was called, “The Music of the Spheres”, by Pythagoras, as it represents a distinctive set of esoteric principles by which the material reality does perform; many of which fall into recognizable patterns or resonant fields of energy.

Our attention, both conscious and subconscious, is naturally drawn into such currents by these decidedly fluidesque forces. Some act as a whirlpool of conscious attention, others, as electromagnetic phenomenon operating like emotional lightening storms within the atmosphere of our subconscious intentions and directly influencing how we express ourselves. This battle as it were, for an undivided attention, has been a major part of the human dynamic since the beginning of recorded history.

Third, and perhaps the most important is our individual frequency pulse and pattern as it integrates within this flux of this living liquid energy force. This interaction literally defines our signature tonalities. Once we begin to address our various signatures with a degree of discernment and compassion, a new level of clarity becomes available. This is clearly a state of Self Awareness that in and of itself, creates buoyancy. Now, like the proverbial vessel, our awareness is ready for sailing vast oceans of discovery towards the enchanted land of Enlightenment. The Ocean, acting as the perfect metaphor for how our “liquid light bodies” coexist, as part of this enhanced reality, embraces us.

Science contends that we evolved from the sea as a life form and are intrinsically tied to this source. I think of it as our bodies are like little planets and when viewed as such reveal the same patterns of complexity now observable from outer space over the entire planet; a synchronistic system of energy interacting on various dimensional levels right down to the microscopic and beyond.