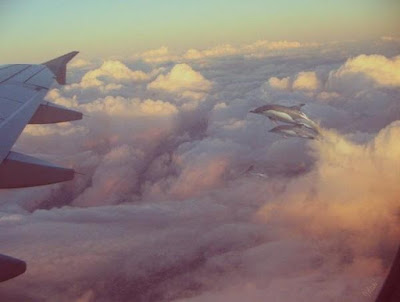 In 2002 I was asked by Captain Veto to help dolphin-swim support an autistic six year old girl, Katie, who had Cerebral Palsy and was in need of complete care in the water. I had been working with disabled children for a number of years by then, but I wasn’t prepared for what happened with this little girl and the dolphins.

Katie, by all outward appearance, was like an infant. That is to say, she did not seem cognizant of the world around her in the same way we would normally associate, with eye contact and some semblance of recognition of objects and people, for example. Her mother, Anne-Marie, had brought her from England because a close friend and associate had suggested that being in proximity of free swimming dolphins may have a positive effect upon her. Years of research had shown dolphins appear to open up autistic children. And so she took upon the task of flying halfway around the world with only her sister-in-law, Helen, to help with all the luggage, wheelchair and paraphernalia needed to provide proper care for Katie. A courageous endeavor.

Veto’s boat is a 28’ hard-hull inflatable that’s designed for snorkeling tours, so the soft rubber tube close to the water made it perfect to pass over Katie from his arms to my cradling arms in the water. Anne-Marie and Helen had dressed her in a wetsuit and had swim goggles (which soon were discarded) for her eyes against the cool salt water in the bay where a pod of dolphins were milling around. After a few minutes of acclimation soon I was pushing her through the water with ease while checking below to see the dolphins.

At first everyone was super attentive to Katie’s needs and then gradually we all relaxed into it as she calmed down in my arms and we began to focus on the dolphins.
Katie lay on her back in my arms, her small body curled up almost in a fetal position. Her water wings kept her head elevated above the water and allowed me to watch below my outstretched arms for any action below. There was a lot.

At first there were groups of dolphins from the large pod that seemed to glide by just below us at different depths. Perhaps five or six at a time crisscrossing directly below us. After some time of doing this, where quite a number of different squads of Spinner dolphins came to investigate us, I started to hear them vocalizing.

Dolphins can vocalize with an incredible spectrum of sound, most of it out of the range of the human ear. After years of being in close proximity of the Hawaiian Spinners, I have learned to distinguish their different levels and patterns of sounds. Some was like chatter to the ear while at other times there were high pitched whistling or whines and then at other times sets of clicking type noises. I can also feel sensations directly with my body that I’m feeling in my bones and cartilage, resonating with vibrations beyond the scope of my hearing. The cetaceans have evolved biological sonar and can read their environment as a transparent holographic sonisphere. Their perception of the world is much more acute than that of humans and they use sound as their primary tool even though they can see as well as we can.

What this possibly means is that dolphins and whales have mapped the organic world in an entirely different way than humans. They literally perceive a multi-dimensional reality that is only hinted at by quantum physicists and sage philosophers. What’s more, they have had over 30 million years to perfect an understanding of such realms of existence as compared to the short span of human evolution. I believe, as many others do, that they represent a highly intelligent sentient species that know more about the world than humans and may indeed help us to expand our own consciousness and awareness of this ocean world we share with them. But that’s a whole area of discussion for another time. 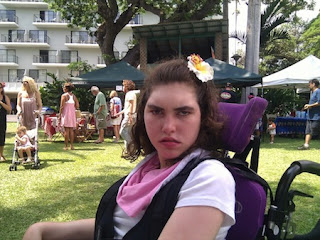 Meanwhile, Katie began to make sounds of her own. Guttural screams of delight or murmurs came from her mouth as if responding to the soundscape in the water. After several minutes of this I noticed the dolphins changing their patterns below us. Instead of cruising back and forth, now they started clustering in dancing patterns, bumping together in a frantic scramble and chattering away as they released streams of tiny bubbles that wove their way as glittering tapestries rising to the surface. I’d seen this activity before but not to such an extent. I looked up at Anne-Marie floating next to me and we both nodded as I said, “Are you seeing this?”

This continued for some time as more scrabbling released new sheets of rising bubbles that trickled directly up to us as we lay on the surface, simply floating. I was struck with the intuitive thought that they were putting on a show just for Kate's sake and felt a deep gratitude to be a part of such a magical display. There was no way of knowing or documenting what was really going on, if anything, between the dolphins and the child. However, my own heart was overwhelmed just watching whatever was taking place.

We had four more trips every other day that week and each one we found the dolphins, although nothing quite as obvious as that first encounter. Each dolphin day the routine became easier. I’d get her in and out of the water on multiple occasions to float in proximity of the resting pods in one of the bays. Kate was almost always easy in the water, never frightened or disturbed by the circumstances. It felt like a successful series of journeys, to be sure. I was so pleased to help.

Then, on the day they were due to fly back, I was sitting at my computer in my office doing some work at around the same time we would have been on one of the boat trips, when the thought of Katie just seemed to drop abruptly into my mind. At first I thought it was just a reminder of the week we had spent together as I visualized holding her and being with dolphins. But then it quickly took on a different aspect.

It became more like a thought-bubble that contained a myriad of images and emotions that were independently animated. I could see her face, but now it looked different in my mind’s eye and along with it I felt what could only be described as a whole download of input from her. It was like some kind of telempathic uplink from her mind to mine.

Of course, the logical, reductionist person would put a halt to such notions right there, but after years of swimming with the dolphins I’ve opened myself to another form of information that’s available to those humans who may be so inclined to look beyond the obvious. It’s not about using any language as we understand it, for it defies all descriptive adjectives and analysis. It’s more like intuitive waves of knowing that flushes over oneself and then later, our mind translates it into streams of thought that constructs a semblance of subjective meaning. The closest equivalent I can think of is what an artist would call “inspiration” as a meager means to describe it.

In that moment of ‘inspiration’ I perceived a flood of ideas and notions.

First there was Katie thanking me so deeply for helping her in the water. This was overlaid by the sense of how important it was for her to be here and with the dolphins. It then was shown in the form of an expanded view of reality that there was a significant exchange of energy that occurred between them that helped her in her “work” and imparted certain important information to the dolphins as well. For it seemed that part of her work was to hold in place a dynamic grid of light energy on an level invisible to humans, but nonetheless, a vital energy matrix that sustained life force emanating through Great Britain and the Continent. If was as if she needed this upgrading of her etheric body to enable her to sustain the added pressure of taking on greater sums of this light energy and transmuting it.


And so at once, I saw her as an almost angelic being who had chosen to incarnate into the physical body of a disabled female who would get total care and love from her family so her consciousness would then be completely free from any distractions to focus on this higher frequency lightwork that she was here to do.

Now as fanciful as that might sound to some, it was obvious to me at the time that I was not making it up from my own mind. That she was actually sending me the thought bubble as a means of thanking me and thus showing me an aspect of this life that few ever see or even consider. But, I believe that those who’ve worked with the disabled and particularly autistic children, can sense that there is another world that exists outside of our regular perception and is just as vital to human existence as the air and water that sustains us.

And to the caregiving, loving parents and families of these special children: Bless You.

Last week, as I held the still frail but healthy sixteen year old Kate in my arms, the clear memory of that first encounter was resurfaced in my mind. She was calm and appeared comfortably happy with smiles and giggles on the boat trip from the harbor. At only 90lbs, Kate’s body was still fairly easy to lower from the boat into my arms without a splash. Her wetsuit and water wings kept her easily suspended on the water’s surface enabling me to work around her body from either side, head and feet. A recent spinal operation had freed up her range of movement to be able to now stretch out at times, before returning to a semi-fetal position in my arms.

The most noticeable thing was her high pitched squeals once we were in proximity of dolphins from the boat and several times as I held her above them in the shallow coastal waters. Her expressions of joy were undeniable. 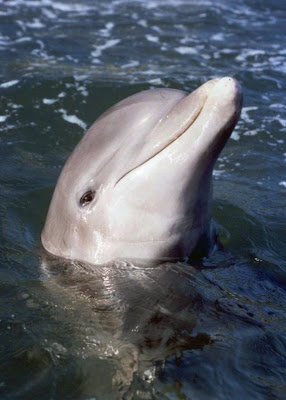 At one point, when a small group of ten Spinners had come to a near stop right beneath us, one adult came to the surface less than a yard away and did what is called a “spyhop,” where he stands upright in the water to just below eye level to take a look around. Normally this maneuver takes only a second or two. This fellow held the position for a much much longer period, taking a very close look at us on the surface. So long in fact, that I had time to swing Kate’s body around to  directly face the curious Hawaiian dolphin. I immediately got a flash insight of this holographic signal being instantly relayed to not only the ten dolphins below, but an entire lattice work of energy beings that easily encompassed the planet in a splendid rainbow spectrum of light.

Hey, I’m not just making this stuff up! It’s far too real to be only imagined.

Photos of Kate from 2012, Hawaii. Used with permission. All rights reserved.
Posted by Douglas Dolphinus at 4:32 PM